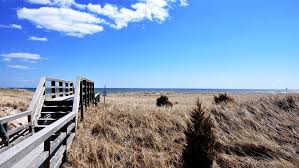 A memorial service was held Wednesday, March 18th, at the Bryant Funeral Home in East Setauket, followed by interment at Calverton National Cemetery to join her predeceased husband of 50+ years, Wilbrod Fafard.

Those who knew Loretta knew that she always proclaimed that she was born on the 16th, married on the 16th, and planned to die on the 16th.  We are all comforted knowing that she ended her wonderful time with us exactly the way she had planned.

Loretta was an amazing mother, and a wonderful grandmother, who stayed engaged in life throughout her 99+ years.

After meeting the love of her life at a Brooklyn dance held with visiting servicemen who were in town, Loretta married “Willie” at age 23 and spent over 27 years as a military spouse, travelling the world to U.S. Air Force bases starting in New Jersey, then off to England, Germany, Ohio, Japan and ending in New York at the Westhampton Beach Air Force Base.

During these military years, Loretta made lifelong friends and made a point to keep in touch with them no matter where she lived.  Her annual Christmas photo cards with newsletters depicted her current location, and she lovingly created matching outfits by hand for everyone in the annual photo shoot.  In Germany, Willie and she established a young family of five with the addition of her son Richard, daughter Valerie, and youngest daughter Willa.

Family life was Loretta’s pride and joy.  Loretta was expert at sewing, knitting, crocheting, plastic canvas, painting, cooking and canning a myriad of fruits and vegetables after hand picking them during their peak season.  Together with Willie, they created an unforgettable annual clam bake in their backyard in Westhampton Beach, bringing together friends and family.  Loretta was reputed to make the very best Boston Baked Beans, which she proudly brought to church and school events.

Professionally, Loretta excelled as an Administrative Assistant, working for the Commanders of the 106th Air National Guard Rescue Wing in Westhampton Beach, where she retired from before moving to Florida.

A year after the passing of Willie in 1994, Loretta returned to NY, and moved into the Port Jefferson home of her daughter Willa, with her son-in-law, Dan, and her two grandchildren, Jordan and Ryan, where she enjoyed the remaining 24+ years of her life.  Loretta, now lovingly known as “Gramma”, filled her days as ‘Class Grandma’ at Minnesauke Elementary School, and was well known as a steady cheering spectator at every one of her grandsons’ soccer, hockey, basketball, and baseball games, as well as band concerts. She never turned down an invite to go, do, or be involved.

Gramma was well known for her hand-made seasonal pins, which she created for every member of the classes of her grandsons, as well as friends and family.  She was an avid sports fan, who loved any New York team and shared her love of watching sports with her grandsons, teaching them the true meaning of being an undying, loyal fan.

She was an active member of the Over 50 Club at the St. James RC Church, where she was inspired to begin volunteering at the L.I. State Veterans Home in Stony Brook.   Loretta spent 15 years, and over 5,000 service hours at the Veterans Home, and enjoyed a special celebration held by the staff in her honor of her 90th birthday.

The secret to a long life, from Loretta’s example, was to stay involved, be open to activities, contribute to others with your talents, and keep your friendships strong and lasting.

To plant a tree in memory of Loretta M. Fafard, please visit our tribute store.