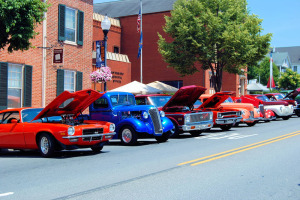 Kevin Robert Spencer, age 63, of Yaphank, NY passed away on Monday December 20, 2021. He was born in Port Jefferson Station, NY on November 24, 1958 to Ruth and Howard Spencer. Kevin attended the Comsewogue school district from kindergarten through 12th grade from which he graduated in 1976. Throughout his life he lived in Port Jefferson Station, Kings Park, Huntington, and Center Moriches before settling in Yaphank. From Kevin’s first marriage to Jill Hayes, they were blessed with two beautiful daughters Nicole Erin and Corie Ann. Then in 2006, Kevin married the love of his life Donna Marie (AKA Mooka). In this marriage, they had the privilege of raising Ethan Killoran who became like a son to both of them. Kevin is predeceased by his parents Ruth and Howard Spencer, his grandparents Herman and Althea Spencer, his sister Denise Spencer, his brother Howard Spencer Jr., his sister Beatrice (Sissy) Hill, and his brother Mark (Marky) Spencer. He is survived by his sister Loette (Babby) Spencer, his sister Cynthia (Annie) White, and his sister Patti Spencer. Kevin has a host of nieces, nephews, great nieces, great nephews and cousins that adored him. Kevin was a very hard worker, at home and on the job. He was always moving and never sat down until the job was done. He was recognized by his employer, Telephonics, as having the longest career of 42 years to date. Kevin enjoyed being outside, grooming his yard, spending time in the garage, always being fit and healthy (in which he did the same workout for many years), and just sitting outside with Donna listening to music and having a cold one. Kevin always enjoyed the simple things in life. Kevin and Donna would go to Montauk and Greenport for the weekend to getaway and relax. He had a knack for finding great deals whether it was a car, motorcycle, or anything with wheels. One of his favorite things to do was go cruising in one of his muscle cars or a motorcycle. But above all, his favorite thing to do was spend time with his girls.