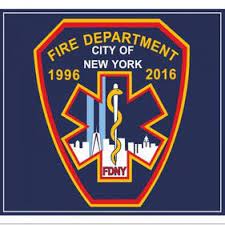 John Michael Palladino, 37, passed away after a long battle with cancer Wednesday, June 22. John was fearless and inspirational in the way he approached his illness and his life. Anyone who met John immediately recognized his relaxed nature. He was someone who brought joy and humor into the lives of everyone he knew.

Growing up in Highlands Ranch Colorado, he spent his early years playing baseball which would bring him to Nebraska, Illinois, and ultimately New York. It was in New York John would find his true purpose in life, which was to serve others. John joined the FDNY as well as coaching youth baseball, which he would continue to do long into his illness.

He also met the love of his life Tricia and had a son, JJ who he loved above all things. John was preceded in death by his father, Joe and they’re most likely sitting back telling everyone to ‘relax’ as they read this. He was truly a one of a kind husband, father, son, friend, uncle, and brother.

He is survived by his wife Patricia Palladino and his son John Joseph.