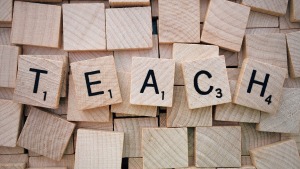 For the hundreds of kids taught by Janice Skinner, the East Setauket teacher will be remembered for her classroom full of children’s books, hundreds of them, all neatly organized, her family said. Skinner retired about 20 years ago from Arrowhead Elementary School in East Setauket, having spent her entire career there. Afterward, the teacher of 35 years passed on her voluminous collection to her two nieces, both of whom say she inspired them to become teachers. “She completely set me up,” said Elizabeth Vaughan, 36, of Middletown, New Jersey. “I was 25 and I had an empty classroom. I filled every shelf.” Janice Skinner, 75, of East Setauket, died of heart failure Wednesday at Stony Brook University Hospital. Her imprint on her school has lasted generations, said her husband, Donald Skinner, 76. He recalled a man approaching them at her retirement party to say that he had been in her class, along with two of his children. “She always wanted to be a teacher. She liked working with kids,” said Donald Skinner, noting that his wife taught grades three through five. “She was a big proponent of reading.” Janice Skinner was born in the Bronx, and her mother died when her daughter was only 5 years old. She took on the household responsibilities of cooking and cleaning at a relatively early age. She lived in Douglaston, Queens, and as a teen and played high school field hockey. She graduated from Stony Brook University in the late ‘60s, her husband said. In her senior year, Skinner met Sandra Fortunoff, and the two remained friends through the years. Fortunoff also became a teacher, and though the two were often busy, they made a point of meeting once a month for dinner, Fortunoff said. “We had an awful lot in common,” said Fortunoff, 75, of Setauket. “Even though she did not have her own children, she was very, very loving toward my children. They considered her an aunt.” Skinner met her husband in 1980 at the Scotch and Sirloin restaurant in Carle Place, across from what was the Roosevelt Field shopping center, he said. She had gotten out of a short-lived marriage, and the couple dated for two years before he got down on one knee and popped the question. “She was very attractive, a great smile, and an effervescent personality,” he said. The couple had a house built in East Setauket, back when there were only a few homes on Peace Lane. He said he quickly realized that being married to a teacher meant she spent many nights grading papers and planning lessons. He also saw that behind her bubbly personality was a woman who could be “very direct and candid.” When she met with the mother of a student from a troubled home, she told the mother, he recalled, “Your child is having problems and you’re the cause of it. You should do something about it.” One of her nieces, Kellie Kocot, recalled her aunt’s influence on her becoming a teacher. “She had a passion for teaching and creating lifelong learners,” said Kocot, 39, of Tinton Falls, New Jersey. Beyond that, Skinner was devoted to her extended family, Kocot said. “We have so many cousins. And no matter who was going through something, she knew and cared deeply,” she said. “Every single birthday, she sent wishes. Anybody who’s sick, she’d follow up.” Skinner’s nieces remember their aunt keeping her books after she retired. Kocot said there must have been 500 or more, meticulously arranged in crates and bins, with titles such as “The Hungry Little Caterpillar,” “The Giving Tree” and “Jumanji.” Vaughan, herself a first grade teacher, said she continues to use the books in her class. Many of Skinner’s books contained old-fashioned library cards with paper pockets on the inside of the cover, the kind that children would have to sign out. They also had Skinner’s name on them. Those cards remain there to this day, and Vaughan said that her own students see them and ask, “Who is Mrs. Skinner?” “Last year all my students wrote her thank you cards. They mentioned their favorite books and asked her about her own favorites,” Vaughan said. Survivors also include two sisters, Loretta Sucick of Wake Forest, North Carolina, and Diane Kustera of Jacksonville, Florida. There will be a celebration of life Saturday from 1 to 5 p.m. at Bryant Funeral Home in East Setauket. Her remains will be commingled with those of her late sister, Eleanor Jacquin, and her father, John Abrahamsen, and kept by the family.