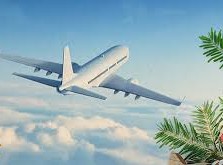 Evelyn Ruth Banner Reddick, the only child of the late Richard Banner and Ethel Carter Banner. She was born on February 9, 1932 in Atlanta Georgia. At an early age, the family moved to New York, where Evelyn attended some elementary school. During summer visits to Grandparents she wanted to remain in Georgia. Evelyn attended the rest of elementary school, high school and college in Atlanta Georgia. During summer visits to New York, on her return to Georgia she met her life love on the train. Evelyn and married and were together over 60 years.

Evelyn worked over 25 years at Lord and Taylor. Together Evelyn and Norman were members of the choir and church groups. They traveled around the world with these groups.

After Norman passed in 2015, Evelyn continued to be a faithful member of the church, Setauket United Methodist Church, and she continued singing in the choir.

Evelyn was called home March 22, 2022 where she was reunited with her husband, mother, and father who had preceded her in death.