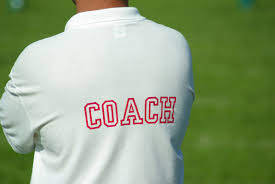 Brian F. Connor, age 69, passed away on Monday, September 27th. He was born in Mineola, NY to William E. Connor, Jr. and Mildred R. Connor. He graduated Chaminade High School in 1970 and from University of Dayton in 1974. He was a retired Suffolk County Principal Probation Officer. He is survived by his wife, Darlene Jyringi, his son Andrew and daughter-in-law Sarah of Rochester, his daughter Tara Ann of West Babylon, and his step daughter Lindsey Coffin and step son-in-law Peter Coffin of Port Jefferson Station. He is predeceased by his step daughter Hailey Malbon. He was the proud grandfather of Ryan and Sean, and step grandfather of Hannah, Benjamin, Oliver and Tessa. He also leaves behind his brother William and sister-in-law Betty of Anacortes WA, his brother Kevin (late Carolynne) of Colville WA, his brother Terrence and sister-in-law Elizabeth of Bothell WA, and his sister Tara Marie Connor and brother-in-law Liam Boyle of Ballycastle, North Ireland. Cremation services will be held in private however a celebration of his life will be planned for the spring time by family.  In lieu of flowers the family asks for donations to LI Cares 10 Davids Dr. Hauppauge, NY 11788.