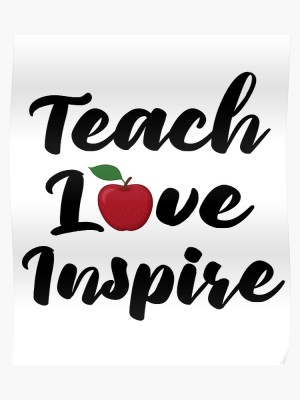 Barbara Howard O’Brien Wecker, 83, of Setauket, New York passed away peacefully in her home on September 18, 2022 surrounded by her children and cherished cats. The cause of death was pancreatic cancer.

Barbara was born in New York City and spent her childhood in Wantagh, New York with her parents, four sisters, and beloved horse, Molly. Long Island was where Barbara’s lifelong love of animals and nature began, from the shores of Jones Beach to the Pine Barrens on the East End.  No plant or animal could escape her inquisitive eye and warm heart.

Barbara earned a bachelor’s degree in Education from the State University of New York at Cortland, and in later years, a master’s degree from Stony Brook University. She began her career teaching physical education in the Connetquot School District where she would meet and later marry her husband, Reuben Wecker. After settling in Setauket, Barbara joined the Three Village Central School District and began a long and successful career teaching health and physical education to students of all ages. She coached a variety of sports through the years, including boys and girls tennis at Gelinas Junior High School and Ward Melville High School. Her kindness and enthusiasm were contagious, and she became a treasured teacher and coach for generations of Three Villagers.

Barbara devoted her time outside the classroom to raising her children and instilling in them and others a love of nature. An active volunteer for The Environmental Centers of Setauket-Smithtown, she continued to educate children and adults alike in the joy of discovering the natural world.

In recent years, Barbara enjoyed birding and scenic walks at West Meadow Beach, Avalon Nature Preserve, the Setauket Mill Pond, and Little Bay Beach on Strong’s Neck. She was an active member of the Little Bay Beach Association and delighted in time spent with much loved neighbors and their families at annual Fourth of July beach parties with streamer-filled bicycle parades and festive games.

Barbara’s love of sports began at an early age and continued throughout her life.  The former “Sports Queen” at Wantagh High School was a constant fixture on the winding roads of Strong’s Neck, walking or jogging with dogs and children often at her heels. She was a member of the Three Village Tennis Club from her earliest days in Setauket, cultivating both her tennis game and long lasting friendships that continued to flourish through the years. She took up golf after retiring from teaching and stayed active in book and stock clubs with her ever-widening circles of friends.

Nothing made Barbara happier and more proud than being “Nana” to her four grandchildren. Her love and generosity continue to shine through their eyes.

As wife, mother, Nana, friend, teacher, and proud longtime member of the Setauket community, Barbara shared her zest for life with one and all. Her spirit lives on in all of us and can be heard in the bird songs that greet us each day.

Please join us on Sunday, September 25, 2022 between 12-4pm at Bryant Funeral Home in East Setauket to remember Barbara and honor a life well lived.  Instead of flowers, consider taking a walk at West Meadow Beach or any of Barbara's favorite places, or donating to the Four Harbors Audubon Society.